It’s a Russian term of endearment for Grandmother. It’s also used to describe those nesting dolls we remember.

For me, it was something else.

It meant that it was raining, snowing or windy, and I’d be wearing one of those traditional triangular scarves tied under the chin; the Babushka. 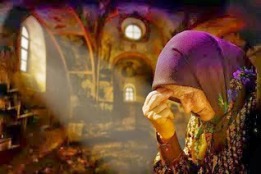 If you go to one of those ethnic churches in small town America, you will see the last of them; elderly women of Orthodox heritage, clinging to rosary beads, praying in their native language , and respectfully covering the head.

As elementary school children, we were tasked with keeping the tradition alive. It didn’t work. We wore them to the bus stop, or at least until we were safely out of sight. They were quickly stuffed in our book bags and lunch boxes, where they stayed until we returned home that afternoon.

It was better to arrive at school with a wet head than to identify with a culture that already defined us as different.

We were the West End girls, the ones from the other side of the tracks, literally. Our homes were separated from town by extensive Pennsylvania rail tracks; the same tracks that carried loads of iron and steel to and from the mills nearby.

It was a private school, so we wore uniforms, the great wardrobe equalizer; but our coats, hats and shoes gave away our economic status. We loved and respected our grandparents, but we were not wearing that headscarf. 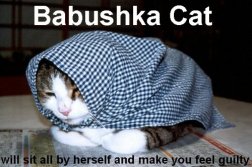